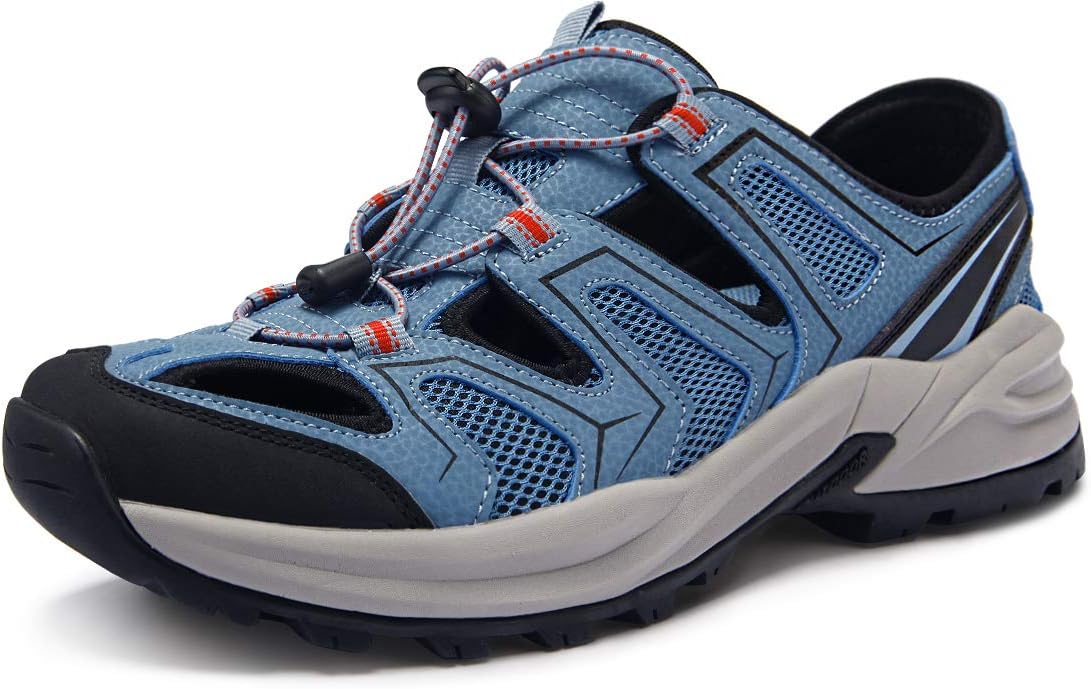 
The all synthetic upper is extremely durable and has quick drying property.

Polyester jacquard webbing upper wraps around the foot and through the midsole for customized fit.

Multi-directional lug pattern for traction over both wet and dry surfaces.